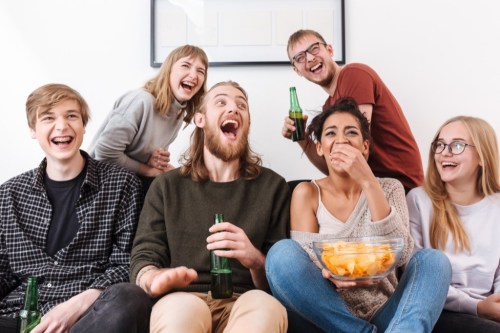 Vyre Network’s comedy channel Unnecessary Humor teams up with One11 Media to produce “Chillarious” a stand-up comedy series that will be the ultimate pre-weekend night, full of your closest friends and hilarious stand-up comedy.

Unnecessary Humor is one of 13 channels that live on Vyre Network. Its focus is showcasing comedy turned upside down that streams hilarious TV series, and stand-up specials.

One11 Media is a full-service entertainment company lead by Manuel White and & Rashida White that houses real estate, philanthropy, production, other business activities and new ventures.

The two companies will executive produce the “Chillarious” series that will continue the legacy Def Comedy Jam and Comic View, giving comedians a platform to launch their careers. Each episode will consist of a 28 minute show of raw and uncut comedy.

Vyre Network has plans set on releasing Chillarious first set shows in the beginning of the 4th quarter. Viewers will be able to stream Chillarious and other TV shows on Unnecessary Humor through Vyre platform that’s distributed to 116 countries via Apple TV, Roku, Amazon Firestick, iPhones and Androids, Smart TV’s and the Web around the world.