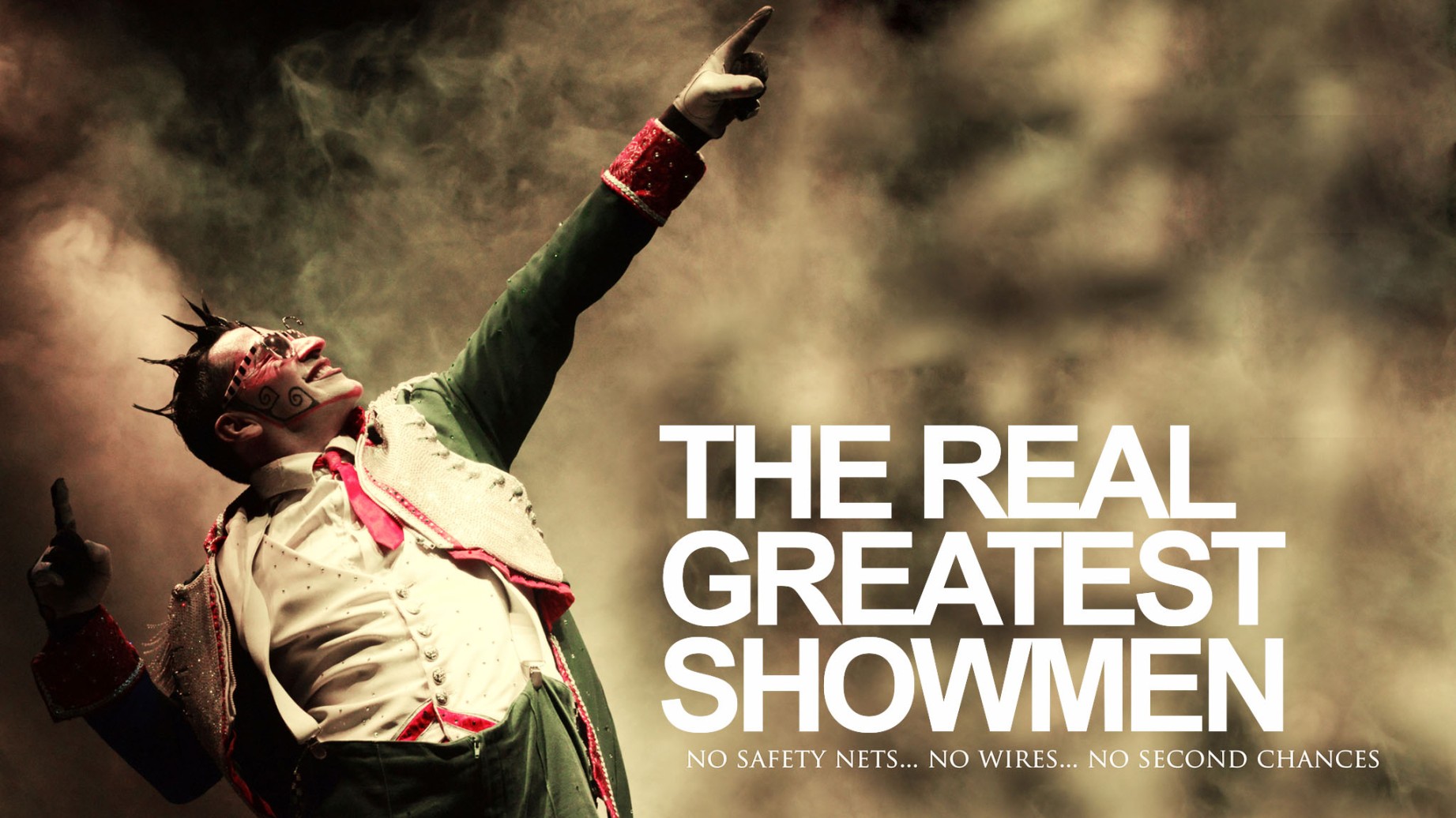 ‘The Real Greatest Showmen’ season 1, an eight-part factual series that reveals the public face and unseen personal stories one of the most respected contemporary companies; Circus Extreme Streams on VYRE Network

A ground-breaking new TV series called ‘The Real Greatest Showmen’ will be released on the Vyre Network on 5th, October 2021. The eight-part factual, entertainment series reveals the public face and the previously unseen personal stories of the cast, crew, and owners of one of the most respected contemporary companies; Circus Extreme.

This debut series from the UK, Yorkshire-based Make A Difference Films, is the result of the team living and traveling with the circus over a seven-month period. The level of commitment has revealed an unprecedented insight into circus life that has never been seen in such depth before.

Circus Extreme agreed to allow unprecedented access to a world that is normally closed to media scrutiny. This narrated series is docutainment at its very best, giving the viewer a front-row seat and a backstage pass into the true lives of the real, greatest showmen in and out of the circus ring.  Gone are the days of spit and sawdust, performing animals, and the village green setup. Today’s Circus Extreme productions involve complicated logistics, touring 64 casts and crew with a big top the size of a football pitch, and a small town to build for each new touring date.

The series was the brainchild of producer, Tippy Watson. Having seen the spectacular productions created by Circus Extreme and meeting the dedicated cast, she discovered a world that she felt had often been misrepresented and where perceptions did not reflect reality. She explained: “When we began travelling with Circus Extreme, we learned so much, not just about the artists total dedication to their performance, rehearsing for hours every day before a show, but also about how so many different cultures, religions and races all live together as one supportive family. We can all learn a lot from this harmonious, multi-racial community, living in a ‘bubble’ and often whose lives literally depend on one another.”

Director Paul Barker added: “This company works with no safety nets or wires, and throughout the series, our nerves were tested at every performance knowing that one slip could cost them their lives. Yet all of them say it’s in their blood, it’s the show that gives them that sense of achievement in life. Their reason for being is to challenge physical boundaries and to push themselves way beyond their own limitations, just to hear the roar of the crowd.”

The circus cast is diverse. There is Mustafa Danguir, the breath-taking Moroccan high wire artist, who was brought up by a priest on a children’s commune and now, having reached the pinnacle of his career, the program sees him retrace his life back to Spain and to the derelict circus school where he originally trained. His dream is to re-build a circus school to help underprivileged children achieve their dreams and we see how his plans begin to unfold. We watch the romance unfold between a fifth-generation British clown and a Ukrainian slack wire artist, their subsequent wedding, and the birth of their child, all of which occur whilst moving town every two weeks! We witness how the FMX bike riders were a split second away from a fatal fall during their spectacular somersaults. The series reveals the perfect performances and the accidents that can happen, albeit rarely.

With many countries now banning all animals from performing in circus’s, artists are striving to create greater spectacle and as a consequence, generations of artists risk their lives every day in the name of entertainment. The viewer is taken on a journey through the highs and lows, through the jeopardy and the elation, and at the end of series one, you are left filled with admiration and incredulity at the life-threatening risks these artists take every day for the price of your circus ticket.

Season one has already swept the board with twelve industry awards including the Vyre Best International Episodic Series, Winner of the London Classic Film Festival, Winner of the Vegas Movie Awards, and being officially selected for the Mediterranean Film Festival in Cannes. Series two filming has already begun with new artists joining the original cast as they tour England.

You can stream ‘The Real Greatest Showmen’, through Apple TV, Roku, Amazon Fire Stick, iPhone, Android, Smart TV, and any Web device in 121 countries on the Vyre App today.

About Make A Difference Films

We’re known for the personal touch. never intrusive, yet creating cinematic, stylistic video production combined with compelling creative content. We make high-end video treatments for brands and agencies across the world, as well as factual entertainment and film.