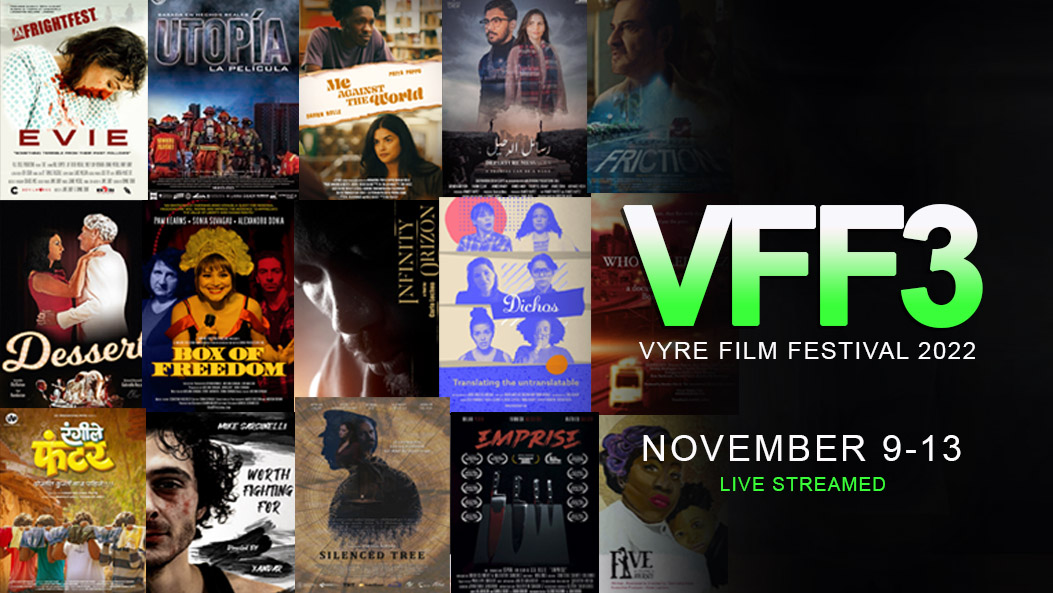 Submissions will be accepted until October 26, 2022

LAS VEGAS, August 3, 2022 – VYRE Network (a wholly-owned Cabo Verde Capital company, “VYRE”) (OTCPK: CAPV), is pleased to announce that it has received a record number of submissions for its Third Annual VYRE Film Festival. Film and TV creators from all over the world have already submitted more than twice as many submissions as last year. The number of projects submitted is expected to continue to increase until the final submission deadline of October 26, 2022.

This year the Festival “#VFF3” will be held November 9 through 13, 2022 in Hollywood, California. The VYRE Film Festival is dedicated to showcasing and discovering filmmaking talent from all over the globe. Categories for the festival include documentaries, features, short films, and series. This year’s film festival will be held in person and will have multiple sessions and activities for networking and obtaining knowledge. To close out the film festival, VYRE will livestream the VYRE Film Festival Awards ceremony.

All winners of VYRE Film Festival will be considered for global distribution, marketing, and possibly future production budgets. Past winners have included Crypto Heads (nearly 1 million streams) and The Greatest Showmen (500,000+ streams).

“We believe the climate of the film industry has progressed, and there are multiple high-quality projects either overlooked or without access to distribution. Our plan with the film festival is to help fill that void and the disconnect between quality content and global viewership, and provide new opportunities for these creators,” commented David Hill, VYRE Network’s CEO.

“It’s been great to watch the growth of the VYRE Film Festival. It’s our goal to provide global exposure to both well-established and up and coming filmmakers. The hundreds of applicants from last year made choosing the winners extremely difficult, and we look forward to receiving this year’s entries,” added Ryan Dell’Orfano VYRE Film Festival VP Coordinator.

All submissions and information on the film festival can be accessed through the www.vyrefilmfestival.com website or www.filmfreeway.com/VyreFilmFestival

This year VYRE will also open its doors to the “VYRE Creators” classes where filmmakers, script writers, editors and scoring specialists will have hands-on learning experiences to improve their craft. These specialty classes will be free to assist the next generation of Film and TV creators. Attendees will be given access on a first come/first serve basis accessible at vyrefilmfestival.com/creators

Forward Looking Statements – This release includes forward-looking statements within the meaning of Section 27A of the Securities Act of 1933, as amended, and Section 21E of the Securities Exchange Act of 1934. Such statements include any that may predict, forecast, indicate, or imply future results, performance or achievements, and may contain the words estimate, project, intend, forecast, anticipate, plan, planning, expect, believe, likely, should, could, would, may or similar words or expressions. Such statements are not guarantees of future performance and are subject to risks and uncertainties that could cause the Company’s actual results and financial position to differ materially from those in such statements, which involve risks and uncertainties, including those relating to the Company’s ability to grow. Actual results may differ materially from those predicted and any reported should not be considered an indication of future performance. Potential risks and uncertainties include the Company’s operating history and resources, together with all usual and common economic, competitive, and equity market conditions / risks.