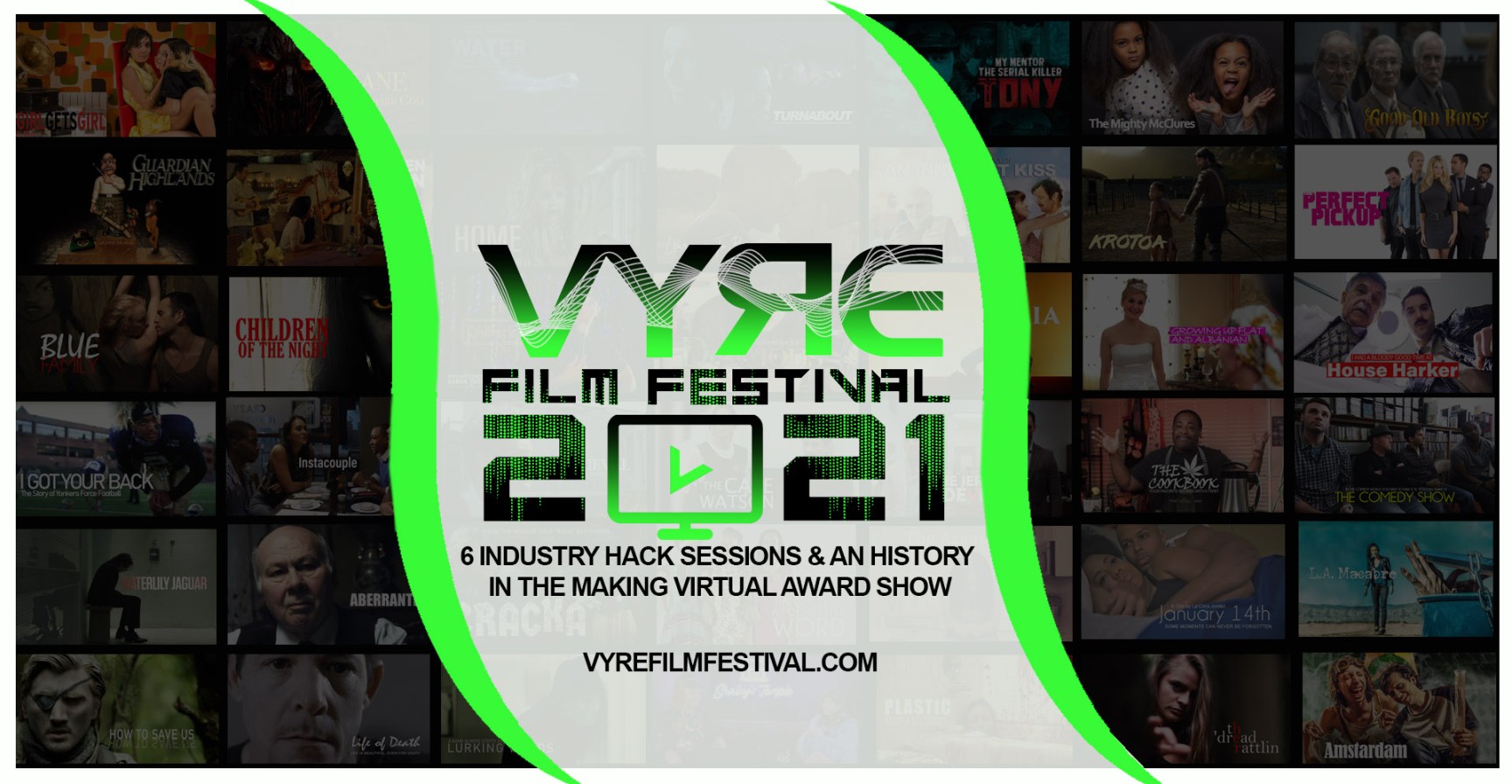 As the 2021 Vyre Network Film Festival concludes its submissions period, 42 finalists have been selected out of hundreds of entries for the chance at global distribution.  Submissions include feature films, short films, TV Series and Documentary’s, and the winners will be announced during the VFF2021 virtual award show and Film Festival being held November 11th –  14th, 2021.

VFF2021 finalists will be narrowed down to 1 winner per category, in which the winners will be granted a full global distribution and marketing deal with Vyre Network. This year, the VFF2021 had a remarkable turn out of submissions from over 21 countries, which include  Asia, Africa, Peru, and India.

“The growth that Vyre Network has seen with its international channels and brands pushing great content explains why the response was so much. It gives the Vyre team a broader look on how creative the world is.” – DMH Chairman

“We are really proud of the growth of the VFF and have enjoyed the projects that we have come across. Good luck to the finalists. ” Lamar Seay, Festival Director and CEO

Vyre Network evens the playing field for today’s unique and creative film makers from around the world by giving them a chance at receiving distribution and marketing. We believe that the climate of the film industry has progressed and there are projects that are often overlooked or don’t have access to distribution. Vyre Networks plan is to fill that void and the disconnect between quality content and global viewership.

“It’s been a challenging time for storytellers, filmmakers, and actors to tell their stories. So, it’s exciting to finally showcase their work and dedication to their art. Vyre Network is thrilled to celebrate our second year, and see the overwhelming number of submissions we have. And we’re excited to share some of these stories to the world.” – Angie Ramos, Senior Distribution Coordinator

VFF2021 on November 11th –  14th, 2021 is more than a festival for film awards but an event where creators can network and learn more about their craft from our 6 Expert Panel Hack-themed sessions. This includes The Writers Room, Editors Hacks, The Mind of the Director, Producing The Next Project, Film Financials 101, and a Keynote Speaker session with one of the most sought out directors, Dale Resteghini. You can participate and gain access to #VFF2021 Speaking Sessions and Award show virtually through vyrefilmfestival.com.

Vyre Film Festival is an annual event that is dedicated to displaying quality content and discovering talent from all over the globe with programing that includes dramatic and documentary features and short films, series, and episodic content in the form of multimedia, performances, and films.