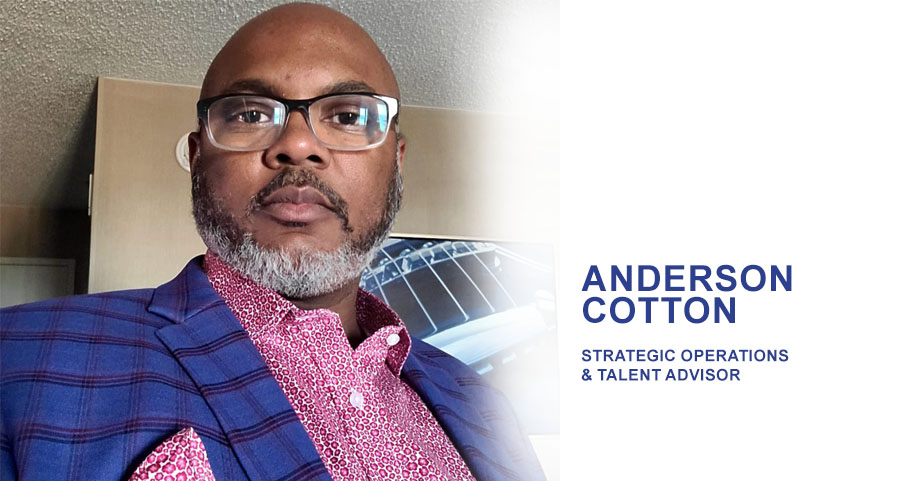 In his role as Strategic Operations and Talent Advisor, he will assist with critical business decisions across the Company through financial, operational, and strategic analysis. The role works side-by-side with business leaders across all functions and will serve as the key point of contact in the areas of business performance and strategic insights. Anderson (A.C.) will be highly visible throughout the organization, in particular to the senior leadership of VYRE by providing insight and a perspective on important business decisions and the ongoing growth of the Company.

A.C.’s career has taken him from the military to Capitol Hill and deep into the world of entertainment and business, where he was introduced to the entertainment arts at the USO. After the Marines, Anderson worked for various promotions and production companies gaining experience promoting large-scale concerts internationally.

As a manager, partner, and promoter he has assisted in generating over $150 million in sales by working with A-list talent in music and film. His artists (partners, writers, and producers selling over 300 million albums worldwide) have had gold and platinum successes. They have won various awards and nominations. He currently is a senior manager/advisor/partner to Triplemann Multimedia (an independent label, production, and visual producer with Paul Anthony and Jackie Woodson). This company also produces medium to large-scale concerts throughout the United States and internationally. A.C. has developed and purchased, advised, consulted, partnered, and created various businesses across the globe. His global business alliances provide him with strategic advantages beyond the entertainment world.

“I’ve been a student in the entertainment business alongside Anderson Cotton for over 13 years. I’ve learned how business was supposed to be managed while seeing the outcomes in real time. I’m honored to have A.C. join the team, to help guide us and provide another point of view on strategy and potential business opportunities,” said David Hill, President & CEO of VYRE.

“It is truly an honor to be welcomed into the VYRE family with the opportunity to serve the executive leadership, team members, and current and future shareholders alike. In just a few weeks I’ve witnessed leading-edge technologies that will shake up the industry cementing my belief in where Vyre is and where it is going. I look forward to growing with this magnificent company as it takes its place amongst the unicorns.” – Anderson Cotton

VYRE is growing rapidly and expanding its channel and content acquisitions as well as new exciting TV series, movies, and events. This addition of expertise to the Advisory team will assist in lowering VYRE’s risk on various deals and growing the bottom line at the same time. VYRE showcases content from the next generation of filmmakers, actors, and athletes on the VYRE app, free on Apple TV, Roku, Amazon Fire, Android, iPhone, and Samsung Smart TV’s, and on the web.